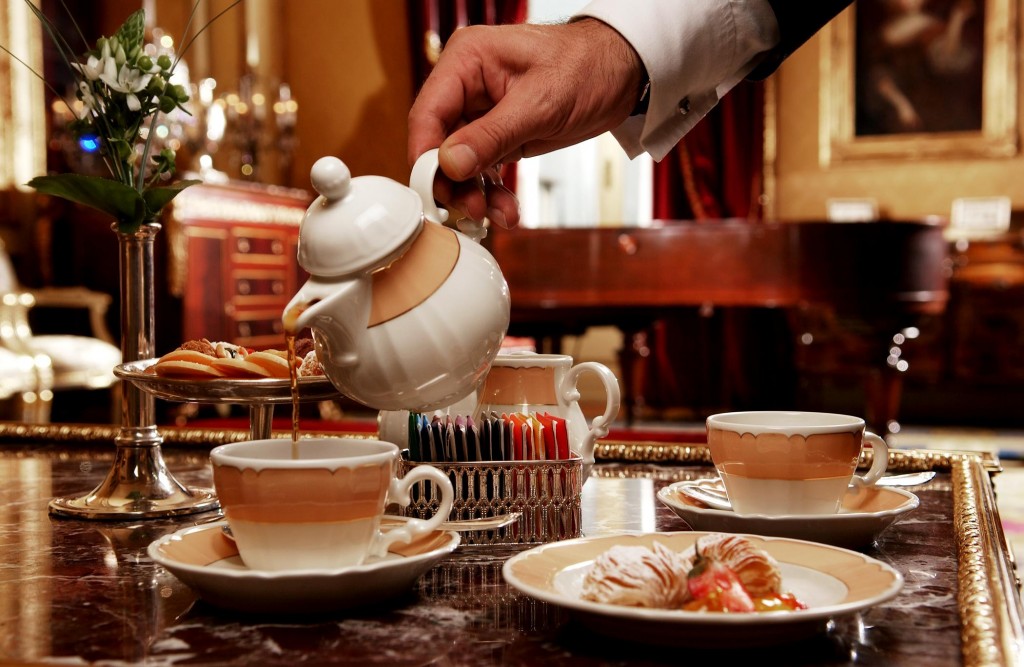 The good old English cup of tea. Renowned throughout the world, revered by many and yet so often the source of much confusion to visitors to London. High tea, low tea, afternoon tea ….. ok we admit it can be a little complex!

Tea drinking is said to have been popularised during the first part of the 19th century, at a time when it was quite common for people to only have two main meals a day – breakfast and dinner. Although luncheon was beginning to catch on, stories accredit a certain Duchess of Bedford by the name of Anna for starting the idea of a serving light snacks with a hot pot of tea to help combat that sinking feeling in the middle of the day, essentially creating a bridge between the main meals.

Noticing how popular this idea became amongst her close circle of friends, it wasn’t long before the Duchess was sending out formal tea party invitations, the idea eventually spreading across all of London’s Victorian high society and beyond.

The upper classes in society, who could afford the addition of what was in reality a third meal, drank tea in the afternoon. This type of afternoon tea was called low tea, drank on comfortable low chairs or sofas. The poorer members of society would instead have a more filling high tea in place of their evening meal at the dinner table, the name referring to the height of the table on which the tea was served.

Despite this, visitors to London will today typically find high tea being advertised; over time it is true that the original notion has evolved and the upper classes sought their own version of high tea but instead of the addition of potatoes or even pies, looked to add salmon and fruit. Of course as any good Londoner will tell you – tea today is really an excuse for cake!

We recently caught up with Mrs. Mclease, a guest on one of our private tours of London to share with us a tea drinking experience from her visit to the capital:

Fortnum’s (the shortened name for the store Fortnum & Mason) is an iconic British institution founded as a grocer in 1761. Today it continues to stock a variety of exotic provisions, just one of the reasons why it is an official provider of tea to Her Majesty.

Not being a hundred percent sure of which brand was the Queen’s favorite, I went into this peculiar store on a cold London day and asked for a cup of green tea. Imagine my surprise when instead of a cup they brought me a beautifully decorated tea pot, large enough to help myself to at least 5 cups!

The waitress told me that Earls Grey, Twinings and Davilles of Windsor are very popular with the Royals.

“Well who knows”, I thought to myself while taking a sip. Personally, my cups of tea were warm and soothing … truly fit for a queen.

Next time you’re in London sitting down for tea, don’t worry too much if you can’t recall the above brands or all the other technicalities – just do what the locals do without much effort – and simply ask for “a cup a’ tea love!”

—–
Have you experienced tea in London recently? Feel free to share with us your story in the comments below.

2 thoughts on “A Cup Of Tea To Remember”